Health News
PNG Health Secretary Pascoe Kase was grilled again during the Public Accounts Enquiry for into the medical drug procurement for heavily relying on advices from his Technical Evaluation Committee to make Secretarial decisions.

Mr. Kase in numerous occasions during the enquiry was asked by the Public Accounts Committee to give his professional opinion or knowledge as the health Secretary on certain issues, however he said he needs to be advised properly first before answering. 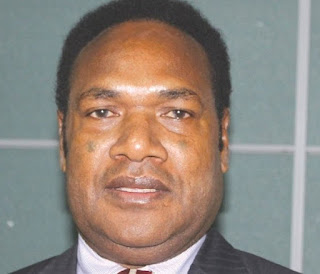 On one occasion, Mr. Kase told PAC members that he needs the advice from TEC before answering the question on how well he knows about Borneo Pacific Pharmaceutical Ltd before it was awarded the K71 million contract.

This question was raised because BPPL was one of the notable companies that was alleged to have misappropriated public funds and was allegedly part of the scandal in 2011, before it was awarded the contract in 2014.

PAC member and Governor for Jiwaka Dr William Tongamp told Mr. Kase that it was very alarming to note that the Secretary does not have fair knowledge about the company his department awarded the contract to as well as relies on his “confused” committees advises.

PAC members were very disappointed at the Health Department’s TEC because they have failed to do their job by overlooking reputable organizations when awarding contracts.

Secretary Kase was asked by PAC to provide the details of information he was not aware of by Monday 25/11/19 when the PAC resumes with the enquiry.