The hospital redevelopment is being delivered under the Papua New Guinea – Australia Partnership and is one of PNG’s largest infrastructure projects. 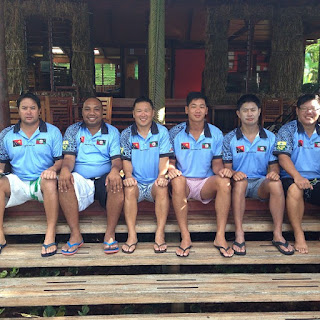 Over 15,000 square meters of new infrastructure will be built under the project, meeting both current and future health needs as the population increases over the next 15 years.

This week, Minister for Health and HIV/AIDS, Jelta Wong, made his first visit to the Hospital redevelopment site in his new role to view progress.

Jelta Wong reiterates the PNG Government’s commitment to the project, saying he is pleased to see the progress of this impressive and significant infrastructure project, which promises to provide high quality health care for communities throughout the Momase Region.

Once completed, ANGAU will be the major regional referral hospital and a significant national asset for PNG for decades to come.

The hospital is being rebuilt to world-class standards and will be more resilient to natural events like earthquakes and floods.

New facilities have already been opened under the project and are operational for patients, including a new chapel opened by Prime Minister James Marape in June 2019.

The rapid speed of construction means four more major structures will be completed in 2020, including new tuberculosis and children’s outpatient wards.

Australian High Commissioner to PNG Bruce Davis said not only will the hospital provide long term health benefits for the community, but its reconstruction is also supporting the local economy, with almost 80 per cent of the workforce drawn from local communities, and a priority on using local businesses for building materials and hospital supplies.


Fight against HIV and AIDS in Jiwaka