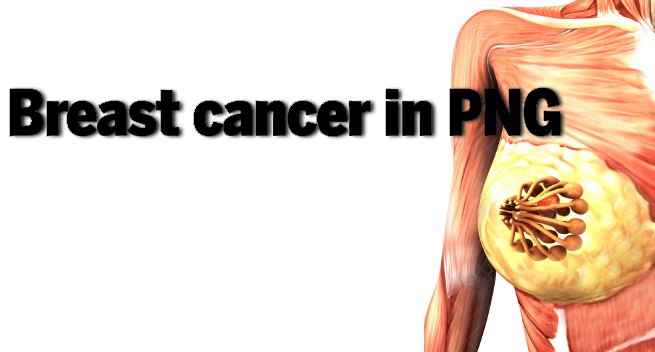 Dr Waine is PNG’s leading expert on the liver, pancreas and breast cancer surgery. He is internationally certified by the International Hepato Biliary Pancreas Association (IHPBA) and a visiting fellow on liver cancer research at Singapore General Hospital. Dr Waine has a MD (Doctor of Medicine) from Auckland University (2013) where he remains a research fellow. He completed his EMST (Early Management of Severe Trauma), CCRiSP (Care of the Critically ill Surgical Patient) and Diploma in Emergency Surgery at Melbourne’s Royal College of Surgeons in 2010, and Master of Surgery (MMED) from the University of Papua New Guinea (UPNG) in 2008. His special interests are in breast cancer surgery and oncology research, and he believes in promoting awareness and advocating for access to much needed services. His research has led him to present at global cancer events at the the universities of Washington, Stanford, San Francisco and recently at the 2016 World Liver and Transplant conference in Sao Paulo, Brazil. His next major presentation will be on Liver Cancer at the University of George Washington, Washington DC, next year. Amidst his busy schedule, Dr Waine still makes time for community health awareness and conducts free clinical checks in rural areas whenever he can. This includes climbing PNG’s highest mountain, Mt Wilhelm, to raise awareness and funds for Breast Cancer, and walking the Kokoda Track for Cervical Cancer. He has been the US Embassy Port Moresby’s Keynote Speaker at their annual PNG Women’s Forums and World Cancer Day events. He loves the ocean, the underwater war relics of East New Britain Province and is a certified scuba diver since 2010. Currently, Dr Waine is the senior lecturer in surgery at UPNG’s school of medicine and health sciences, and honorary specialist surgeon at Port Moresby General Hospital where he is in charge of the country’s largest surgical unit.

Breast Cancer in Papua New Guinea has taken such a dramatic shift in pattern unlike any seen in other parts of the world. In the last five years alone, I’ve witnessed and experienced first-hand this pattern turn into a marathon: a race against time; age; stage of cancer progression; acceptance; and proper treatment.

A major challenge in my line of work is that too often, women present at a late stage of cancer making treatment difficult. Often times, it is too late for surgery and the most we can do is help relieve their pain and suffering through palliative care - an approach that improves the quality of life of patients and their families facing the problem associated with life-threatening illness. Today, breast cancer is the second leading cancer killer in the country.

As an honorary surgeon at Port Moresby General Hospital, my team and I see on average about 40 new patients every Monday morning during our clinical checks. A quarter of these patients will usually present a breast problem – usually a lump, an ulcer or they come with macerated, large breasts. Data I’ve recorded over the last five years indicate that 60 per cent of these patients have cancer. This means out of every ten patients with a breast problem, six of them will have cancers while the other four will have some other infection or disease.

I often ask myself "why this rapid progression? Perhaps there were no proper recording systems in the past? Have lifestyles changed so drastically?" But even more alarming is the younger, fertile, age-group of women presenting with breast cancer. Many are urban dwelling, working-class between the ages of 25 and 35. The youngest breast cancer patient I have treated is an 18-year-old from the Central Province.

My area of treatment care is usually the first stage and that is surgery or an operation called Mastectomy (the removal of the breast in the advanced stage).

This particular issue is usually contested, and often times we never get it solved on the first visit. In fact, I usually ask for their partners or husbands to come together in the next visit so we can discuss further, but the solution is never clear cut as is the up-hill battle that usually follows.

Then there is the pattern of late presentations to the hospital. Women tend to wait until their breast lumps are bigger in size or when they see a second lump on the same breast or in their armpit.

Others come to see me when their lump breaks open and becomes an ulcer. In clinical terms, it means they have advanced into a later stage of their disease progress and this often has detrimental outcomes.

Like the 18 year old Central woman, many women chose to use traditional herbs as their first form of treatment before they seek help at the hospital. By then, it is often too late, with the survival rate of late stages being at 5 per cent.

The next stages are chemotherapy, radiotherapy and then hormonal treatment. The struggle along with the duration, referral system, personal logistics and resources involved in a complete treatment can become a burden itself to the patient and her family, which has resulted in many defaulters. They stop treatment halfway or three quarters of the way, which can cause the cancer to re-appear (recurrence).

It is never easy losing a patient to death. But I have lost patients half way through their treatment due to some of the factors above.Most, if not all of these cases, can be prevented if treated at an early stage.

Nonetheless, I continue to do the work I love to do without bouncing into discussion over the national policy on cancer and the state of cancer services in our beautiful country.

Although statistics has its place in public health policy, individual breast cancer patient responses and their quest to win the cancer battle is often a personal event, which typically extends into the immediate family and may include my team of nurses and doctors.

At the end of my contact with my patients, I advise each of them to eat healthy food, avoid smoking, avoid alcohol and betel nut, and to exercise regularly.

Cancer is categorised under Non-Communicable Diseases, also known as lifestyle diseases. Lead a healthy lifestyle, with healthy habits – and you can prevent getting cancer.

To conclude, I appeal to all our women: please have your breasts examined by an expert health practitioner, your nurse or doctor. Your doctor should be able to refer you early if there is any suspicion or doubt of cancer. Every individual person must be vigilant with what goes on in their body. Let’s make it all our individual right and fight to have a healthy life so we can build not just ourselves, but our families, our communities and this wonderful country we call home – Papua New Guinea.
SHARE THIS
Share it Tweet Share it Share it Pin it